How Is Commercial Forming Used?

Commercial forming can be used in numerous ways for construction and even landscaping. Throughout history, wood forming has been used for creating structures that are massive in size as well as those that are smaller in scale. Today forms are used to create many exciting and useful things more affordably. There are forms for many building tasks, including:

Commercial forming has used wood throughout history to help shape concrete. Modern wood forms are used to help shape things like concrete counter tops rather than iconic buildings of the past, like the Roman Colosseum or the Pantheon (the arches of these buildings were formed by pouring concrete into wooden forms).

In construction today, wood forms are used to create concrete slabs that are used when building smaller structures. While the art of using wooden forms is ancient, today's process has a few updates including the use of laser levels, forming boards, and more. The woods used as forms are coated with low-grade oils to prevent sticking so contractors can reuse the forms.

Most commonly used in landscaping and smaller projects, plastic forms do have their place in modern buildings. However, heavy construction outfits rarely utilize the plastic forming process for their larger commercial forming needs, reserving them for more decorative or delicate forming projects instead.

Commercial metal forming isn't a one-size-fits-all proposition. Some metals are better choices for different projects. Among the most common types of metals used in commercial forming are: 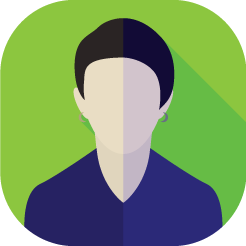 Sometimes you need to take a step back from worrying about profits and instead focusing more on keeping employees safe. Having outdated or tricky heavy construction equipment on-site can be a danger to many people. If you seem to have faulty equipment, invest some time in making a long list of equipment updates and purchase or rent what you need to keep everyone safe and projects moving forward. Once you have the new equipment, everything should operate more efficiently and your workers should be safer than ever. Check out this blog for more information about heavy construction equipment and safety measures.